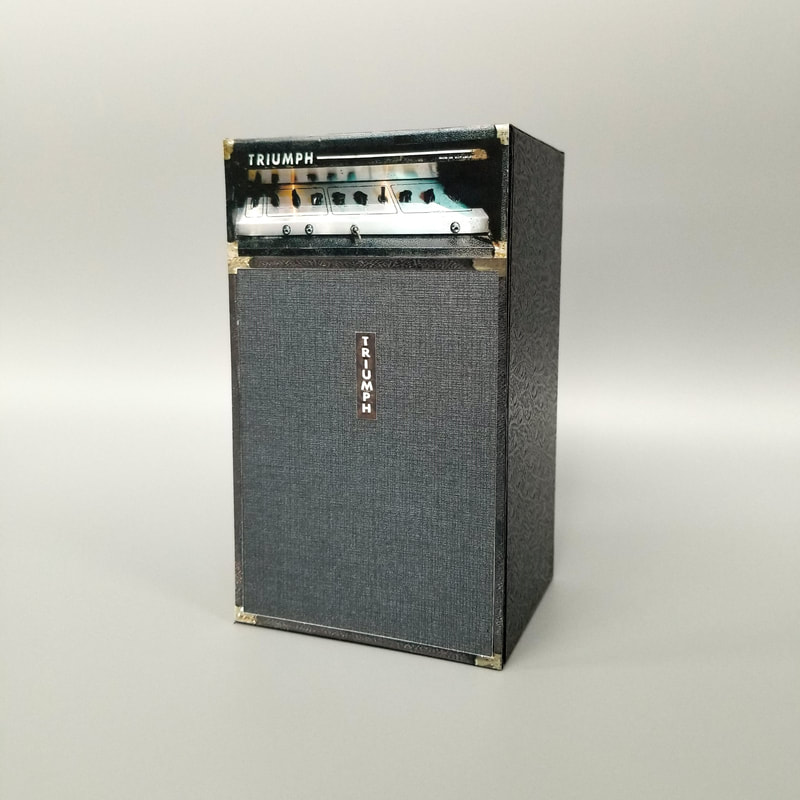 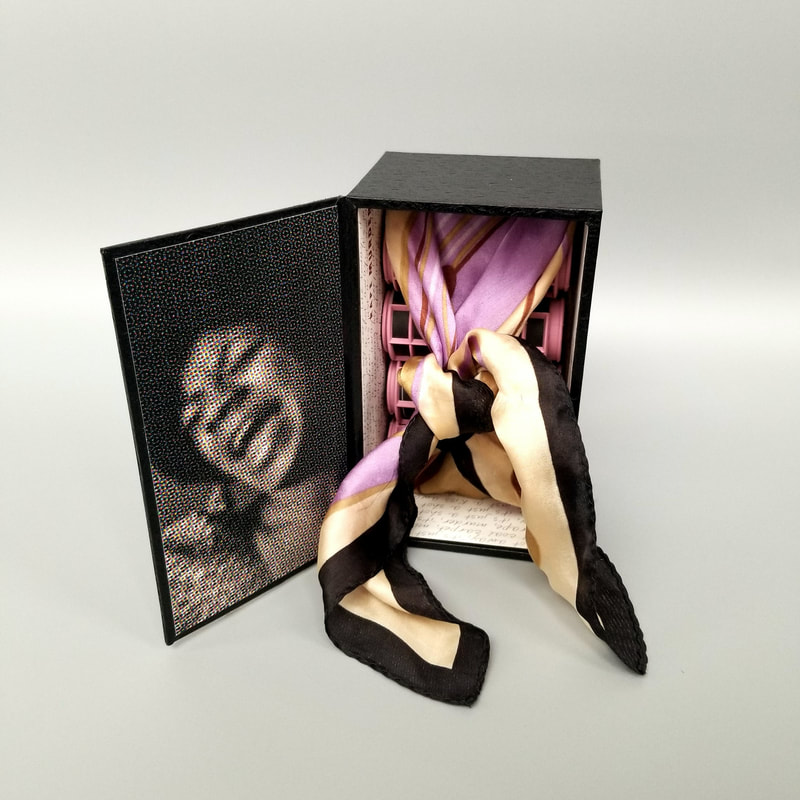 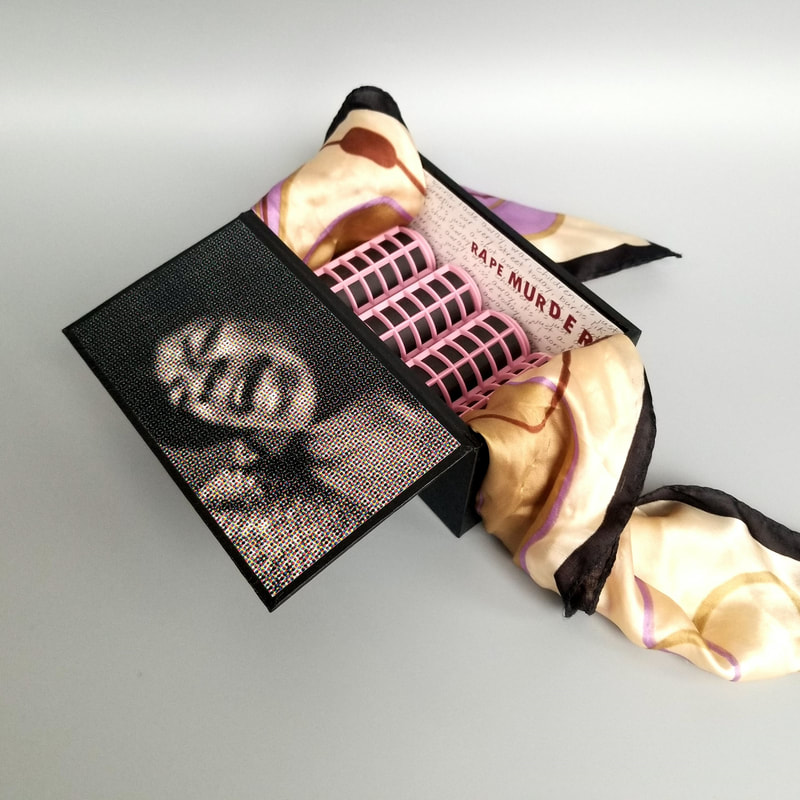 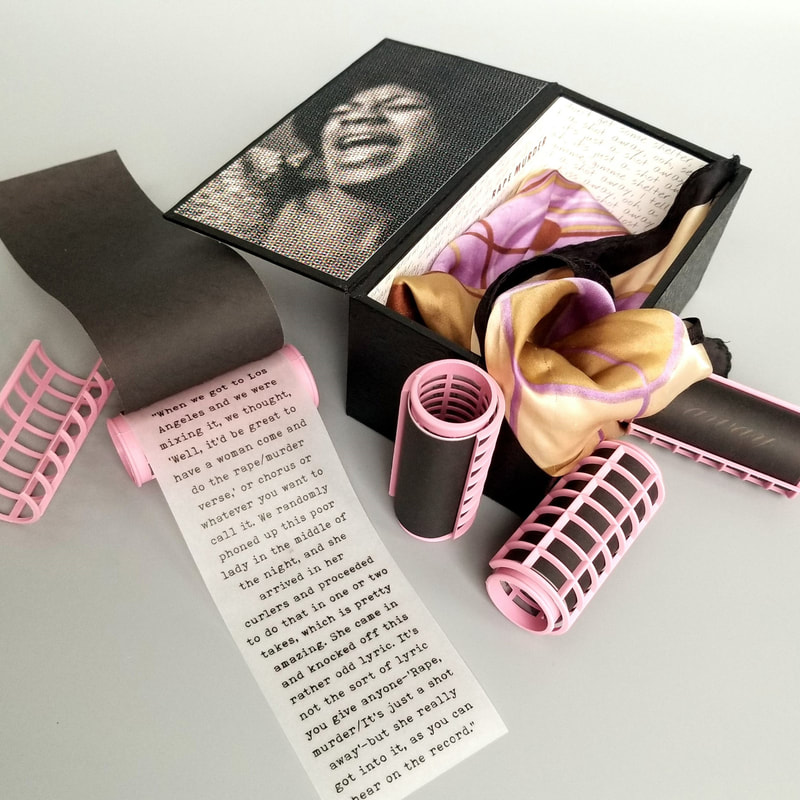 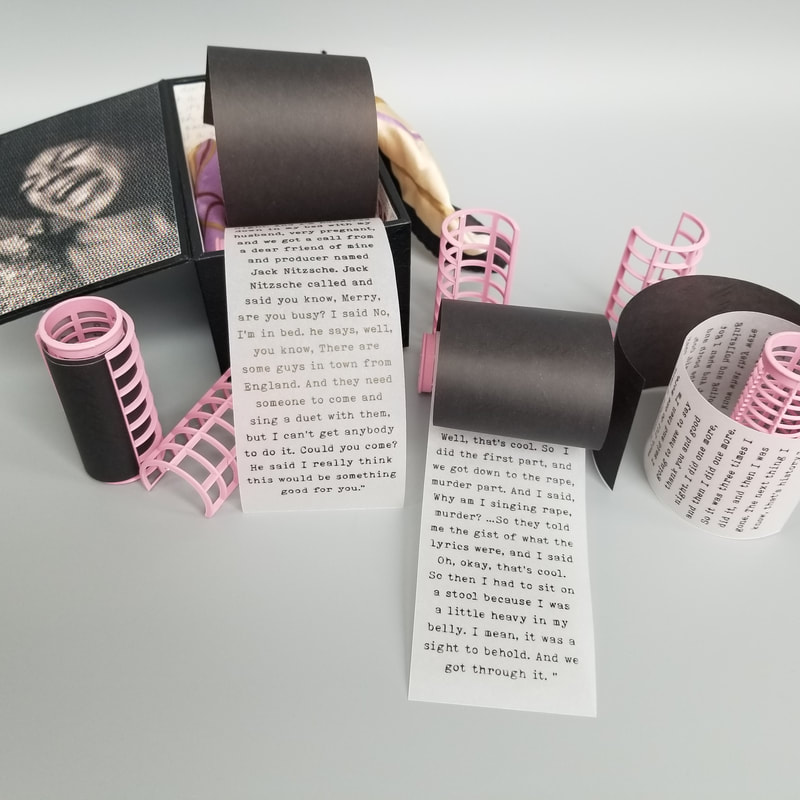 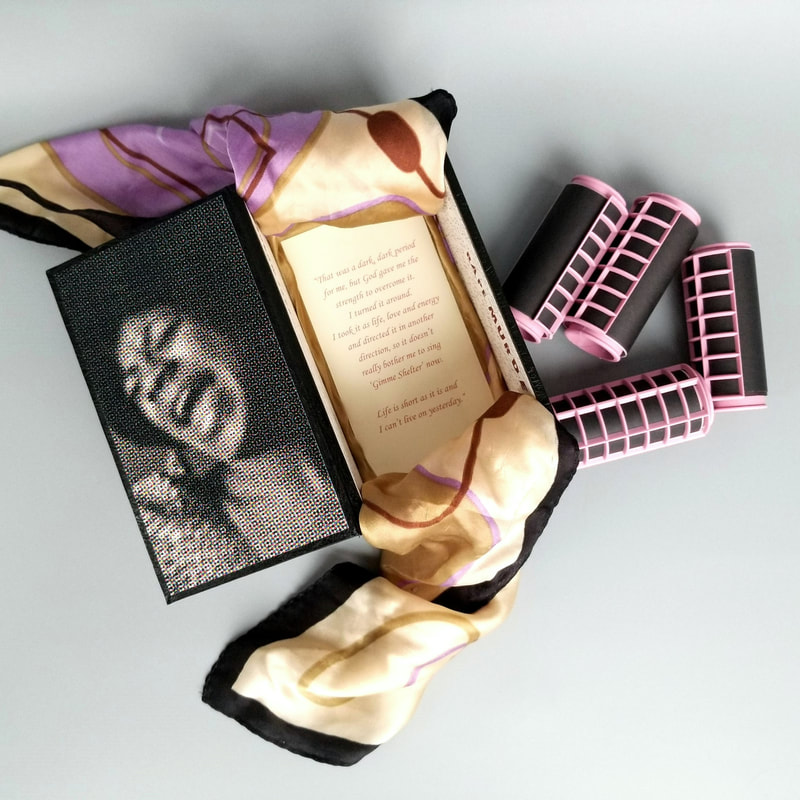 Arguably the most powerful backup vocals in rock and roll history belong to Merry Clayton on Gimme Shelter by the Rolling Stones. The box, made to resemble a 1960's era Triumph amplifier and speaker, opens to reveal four small scroll books wrapped around pink curlers which have been secured in place with a silk scarf.  The text in each book is taken from interviews given by both Mick Jagger and Merry Clayton about recording the vocals to Gimme Shelter.  Clayton was pregnant and had already gone to bed when she received the call for the gig.  She arrived at the studio wearing curlers under her scarf.  Song lyrics line the box, the points at which Clayton's voice cracks during the bridge, while still in tune, are made bold red.  In a final quote placed behind the curler scroll books Merry describes her healing journey after the miscarriage she suffered following the recording session with Mick Jagger on Gimme Shelter.